I’m happy to be taking part in another Xpresso Book Tour and reviewing a great book. Once you’ve read the review, head on over to Amazon (link below) and buy a copy for only .99, a special price being offered for the tour! Trust me, it will be .99 well spent! 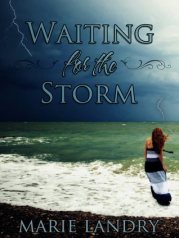 Charlotte O’Dell knows this summer is going to suck. Her beloved mother just died, her sister hates her, and her dad has completely checked out. Fulfilling her mother’s final wish, the family heads to Angel Island for the summer to stay in a beach house her mother once loved.

After a year of being shut away taking care of her mother, Charlotte is numb and practically afraid of her own shadow; she hopes going to the island will give her the time and space she needs to begin healing, and an opportunity to bring her family back together. When she meets her mysterious neighbor, Ezra, it doesn’t take long for Charlotte to confess the issues she’s developed. Ezra begins giving Charlotte assignments to get over her fears, and although she accepts his tasks, all she really wants is to be with him. When she’s with Ezra, she’s able to forget the hollow ache in her heart and the fact that her family is falling apart. But Ezra has secrets…

Can Charlotte pull what’s left of her family together, mend her broken heart, and allow herself to fall for Ezra? Or is it all just a storm waiting to happen?

REVIEW:
I have to be honest and say that I let this review slip up on me and I didn’t start reading until yesterday. I was really worried that I wouldn’t finish in time for the review, but fortunately I did. And the reason I was able to finish on time was because it was a good read and I found myself reading every spare moment I had, which means I finished this book in a day…and not because of the time crunch, but because I enjoyed it that much.
Pros:
This was such an easy and enjoyable read. I loved Ms. Landry’s writing style and her descriptions. From the very first page I was pulled into her world and she never let go. I thought all the characters were great and well developed. I particularly liked the bit of depth Miranda and Kennedy added to the story, even though they weren’t centrally featured in the book.
I loved Ezra and Charlotte. They were such believable characters and so was their relationship. I could’ve honestly kept reading about their relationship, no conflict and resolution. Just a book about them.
And my heart ached for Ella, even when she was acting like a complete brat, because I knew this was her way of trying to figure out how to cope with something no one her age should have to cope with. Her character was convincing and we saw her grow in a way that I would expect from someone in these circumstances.
Charlotte was also a great character who grew through the story. It was amazing how life like Charlotte felt as I can relate to her character. I have not been in that situation personally, but I’ve watched my husband and his family go through it with the loss of my father-in-law and Ms. Landry nailed the roller coaster of emotions that come with such a devastating circumstance. All the characters dealt with the tragedy in their own true to life way.
This was a classic summer read that left me feeling satisfied and happy.
Cons:
I don’t really have a whole lot to say here, except that maybe the climax of the book could’ve been a little more dramatic. The situation with Ezra and Charlotte felt forced and put in place for the sole purpose of creating some drama between them instead of being a natural progression. There were some moments that were pretty predictable, but this was one time that didn’t seem to matter.
The writing was great and this was a well developed world filled with believable characters.
I’ve never read Ms. Landry’s work before, but if her other books are anything like this one, then I might have a new author to add to my favorite list.
AUTHOR BIO 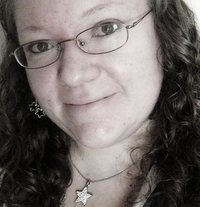 Marie Landry is the author of BLUE SKY DAYS (contemporary YA—January 2012), UNDRESSED (a collection of short erotic romance stories—October 2012), THE GAME CHANGER (chick lit—November 2012), and WAITING FOR THE STORM (contemporary YA—April 2013). Marie has always been a daydreamer; since early childhood, she’s had a passion for words and a desire to create imaginary worlds, so it only seemed natural for her to become a writer. She resides in Ontario, Canada, and most days you can find her writing, reading, blogging about writing and reading, listening to U2, or having grand adventures with her two precious nephews. For more on Marie and her books, please visit marielandry.blogspot.ca or check out her book blog Ramblings of a Daydreamer (sweetmarie-83.blogspot.ca).
Author links:
Website
Goodreads
Facebook
Twitter

Today I’m featuring a book review of Hidden #1, a YA Paranormal novel. This is my first time doing a book review with Xpresso Book Tours and I wanted to preface my review by telling you that this review is my subjective opinion of the novel and that you’re opinion may differ.
As an author myself, it was hard for me to decide to do reviews, but in my own experience they’re largely more helpful than negative. Honest feedback only makes us better as authors. I will strive to give honest critiques while respecting the author. 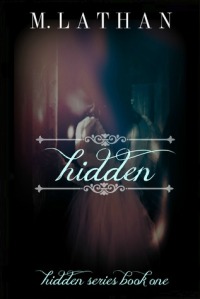 Sixteen-year-old Leah Grant has given up on being normal. She’d settle for stopping the voices in her head, intrusive visions of the future, and better odds of making it to her seventeenth birthday.

That’s the thing about pretending to be human in a world where magic used to exist – at any moment, her cover could be blown and she’ll be burned to death like the rest of the witches.

Everything changes when she loses control of her powers and flees the orphanage she grew up in. She desperately wants to be invisible but finds her face plastered on every news channel as humans panic over the possible resurgence of her kind. And now the hunters won’t give up until they find her.

Making friends for the first time in her life and falling in love with one of them drives her to discover why she is unlike any being she’s ever met – human or otherwise. The dangerous powers inside of her that would repel Nathan, her new, handsome reason for living, are priceless to some. The locked up forever kind of priceless. And to others, they are too dangerous to allow her to live.

Let’s hope she can stay hidden.

Where to buy the book:  Amazon   BarnesandNoble     Kobo     Smashwords  iTunes

I have to say this was an enjoyable read. Lathan’s writing style flows easily across the page. I also appreciate that it was a unique paranormal world she built of magical beings who lived among humans (although in secret…sort of). I especially liked the secondary characters of Paul, Emma and even Remi. They added a lot to the story.

I also think she did a great job of portraying Christine’s inner struggles with her past and who or what she is. I really could feel her struggle to find herself and she felt real to me.

There was also a twist that I didn’t see coming, which is always nice. I like it when unexpected things happen. The clues were spot on and well placed, without giving too much away. I had to keep reading, because I had to know what the mystery was and I was pleasantly surprised. I think Ms. Lathan could has a future in not only the Paranormal, but the mystery genre.

Although I enjoyed the novel, there were a couple things that I had issues with.

I’m not sure how I feel about the character of Nathan. I believe he cared/cares for Christine, but he was a little too lovey for my taste and too perfect. I know he had his own baggage, but it wasn’t as developed and explored as Christine’s. He came off as a little bit too much of a nice guy to me. Now, being a nice guy isn’t a bad thing, but in a novel I feel like the sexy boyfriend should have an element of danger or mystery. He needed some real strength. They also spent way too much time just making out. It felt like I was skipping over one too many scenes of just kissing and more kissing. I get that’s what teenagers do, but I didn’t need it explained over and over again. But I think that’s more of a personal taste and not necessarily a flaw.

Another personal pet peeve is the constant use of pet names. It drove me bananas how quickly Nathan started calling Christine babe and/or baby. I would’ve knocked out any guy in high school who called me babe…it’s too objectifying in my opinion. (And for the record, my husband also knows not to call me babe, baby or any of the like). Sophia, also overused pet names and I just don’t care for it. Once again that’s a personal issue that others may not mind or think twice about…it’s just something that really bugs me.

Also, Sophia was another character I’m not sure about. I liked her overall, other than her constantly taking care of Christine and calling her pet names. Throughout the whole book I’m trying to figure out her motives in all of this as she isn’t related to Christine and why Sophia had been watching Christine all the time. That was a nice layer to the mystery, but I didn’t quite buy the relationship that’s revealed between Sophia and her employer. It seemed a little forced.

The action scenes were not as suspenseful as they could’ve been. What could’ve been a great action scene between Kamon, Christine, Nathan and Lydia was quickly glossed over in a couple of paragraphs. So much more suspense/action could’ve been pulled from that scene that would’ve left the reader sitting on the edge of their seat, biting their fingernails to see who lives or dies.

I know I’ve spent more time on the problems I had than what I liked…but that’s not because the issues outweigh the good. When something is good you don’t really have to say more than that, but when you have an issue it takes a little more time to explain it.

This was a unique story. I loved the writing style, and like I said, most of the issues I had were personal preferences…things that uniquely bother me that may be non-issues for everyone else. And for that reason I would recommend this book if you are looking for a new take on the YA Paranormal genre…I think you’ll really enjoy it. A great start to a series. Bravo Ms. Lathan!

AUTHOR BIO
M. Lathan lives in San Antonio with her husband and mini-schnauzer. She enjoys writing and has a B.S. in Psych and a Masters in Counseling. Her passion is a blend of her two interests – creating new worlds and stocking them with crazy people. She enjoys reading anything with interesting characters and writing in front of a window while asking rhetorical questions … like her idol Carrie Bradshaw.
Links:
Website
Goodreads
Twitter